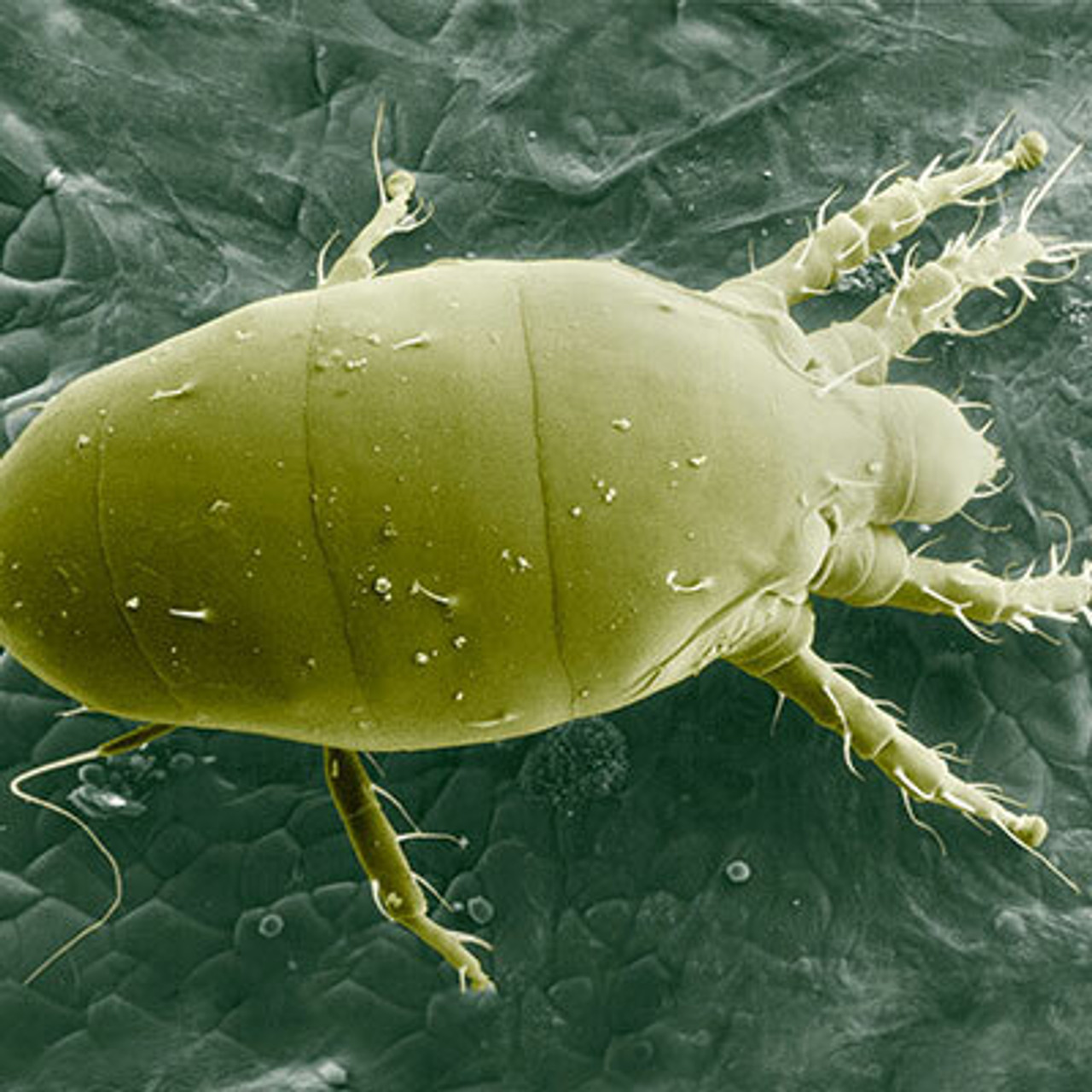 Broad mites are members of the Tarsonemidae family, known as the ‘white mites’. Another member of this family that attacks cannabis is the Cyclamen mite. Both mites cause similar damage. [Read More]

Broad mites are members of the Tarsonemidae family, known as the ‘white mites’. Another member of this family that attacks cannabis is the Cyclamen mite. Both mites cause similar damage.

Broad and Cyclamen mites can move quickly, and are exceedingly small: about 200 micrometers in length, or about the thickness of a human hair or sheet of paper. Not only can these mites be hard to find, their plant damage can be difficult to diagnose. Broad and cyclamen mites only feed on young, developing leaf tissue. The saliva they inject into the plant is a growth regulator that causes deformities that oftentimes mimic nutrient deficiencies. For this reason, accurate identification and diagnosis of these mites is critical.

What to look for: New plant growth that looks distorted, twisted, or 'spindly' in appearance.

Broad and cyclamen mites have only 3 life stages; their life cycle is relatively short.

Egg - Broad mite eggs are covered in large tubercles, giving them the appearance of being covered in ‘jewels’. In contrast, the eggs of cyclamen mites are smooth in appearance.
Larvae - The larvae have 6 legs, and actively feed.
Adults - Males are smaller than females, with their body being more tapered. Adults can live up to 15 days, depending on sex and environment.

There are many forms of bio-controls for broad and cyclamen mites. If you currently have a pest issues, the most effective predators that we have seen are Amblyseius swirskii, and Amblyseius californicus, and Amblyseius Cucumeris. In many cases, 2-3 successive applications of the liter containers, packaged with active adults, will be necessary to gain control.

I don't see any broad mites, but I'd like to act preventatively....

Some of the most effective delivery methods for preventative use are sachets (breeding bags). These usually allow for predators to emerge from the sachets and on to the plants for 3-5 weeks. Californicus and swirskii all come in sachets.

However, factors such as the presence of other pests and the ambient temperature and humidity will help determine the best species of predator to use. Please read the brief descriptions below to determine the best option for you operation.

How do you know if you have broad mites?

Broadmites are a microscopic species in the arachnid family which can be very difficult to detect until crop damage is observed. The first indications of Broadmite damage usually occur on young leaves near the petiole. Deformed growth or dark brown spots or streaks on the leaf can be symptoms of Broadmite infestation but only an evaluation of the leaf with 40x or higher magnification will be able to positively identify Broadmite as the culprit.

Broadmites resemble most other mite species in shape but are much smaller than Spidermite or predatory mite species. They are usually opaque or cream-colored and occur on the underside of leaves. Females usually have a white stripe down their back.

How do broad mites spread?

Like most pests, Broadmites spread by mechanical means within a crop: on tools, clothing, or plant material. They can survive in a facility that regularly cycles new plants without properly sterilizing between crops.