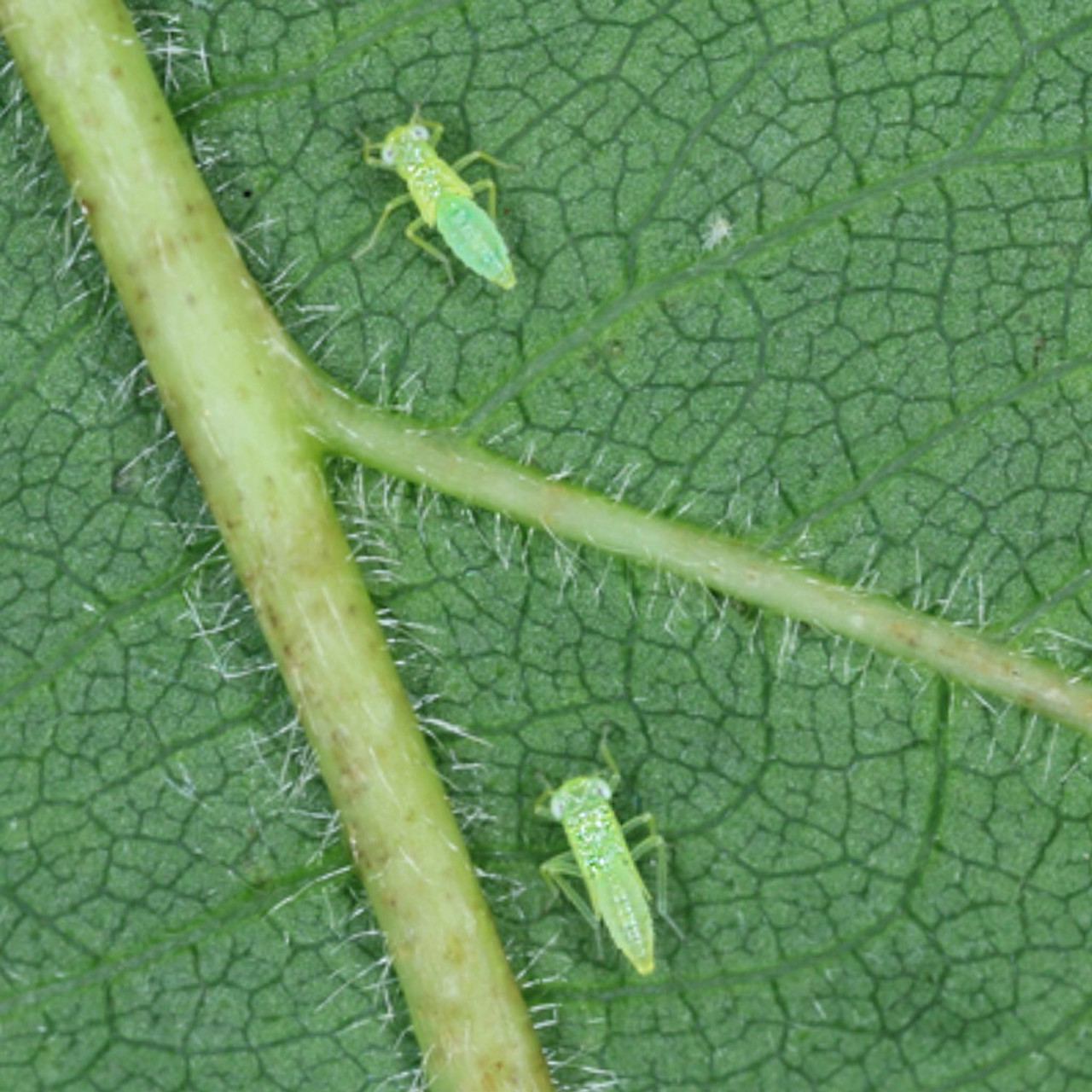 The smaller green leafhopper, or vine leafhopper, is mainly a pest of grapevine but can also attack a variety of other outdoor and fruit crops such as apple, cherry, plum, and blackberries. [Read More]

The smaller green leafhopper, or vine leafhopper, is mainly a pest of grapevine but can also attack a variety of other outdoor and fruit crops such as apple, cherry, plum, and blackberries.

The feeding of the leafhoppers initially causes light green and later yellow discolorations of the areas between the leaf veins on white grape varieties, starting from the leaf margins. Eventually, the leaf margins turn dry and brown, rolling inwards.

On red grape varieties, the affected areas are red instead of yellow. Margins also suffer dryness and become brown at the margins, red further inwards, and green in the center.

Appearance and life cycle of leafhopper

Adult smaller green leafhoppers are 3-4 mmlong, narrow, and light green with purplish eyes. Their wings are longer than their body. They lay their eggs into the tissue of leaf veins and stalks, making them difficult to spot. This pest has five nymphal instars: the first instar nymphs are small and white, later stages turn light green as they adulthood. Developing wings are visible from the third stage onwards.

Adult instar overwinter on close evergreens to vineyards and migrate to them soon after bud burst in spring. Nymphs and adults are usually on the leaves' lower surface and move very quickly when disturbed. They suck plant juice from the phloem.

The growing region determines if the smaller green leafhopper has one to four generations on the grapevine before returning to the winter hosts.