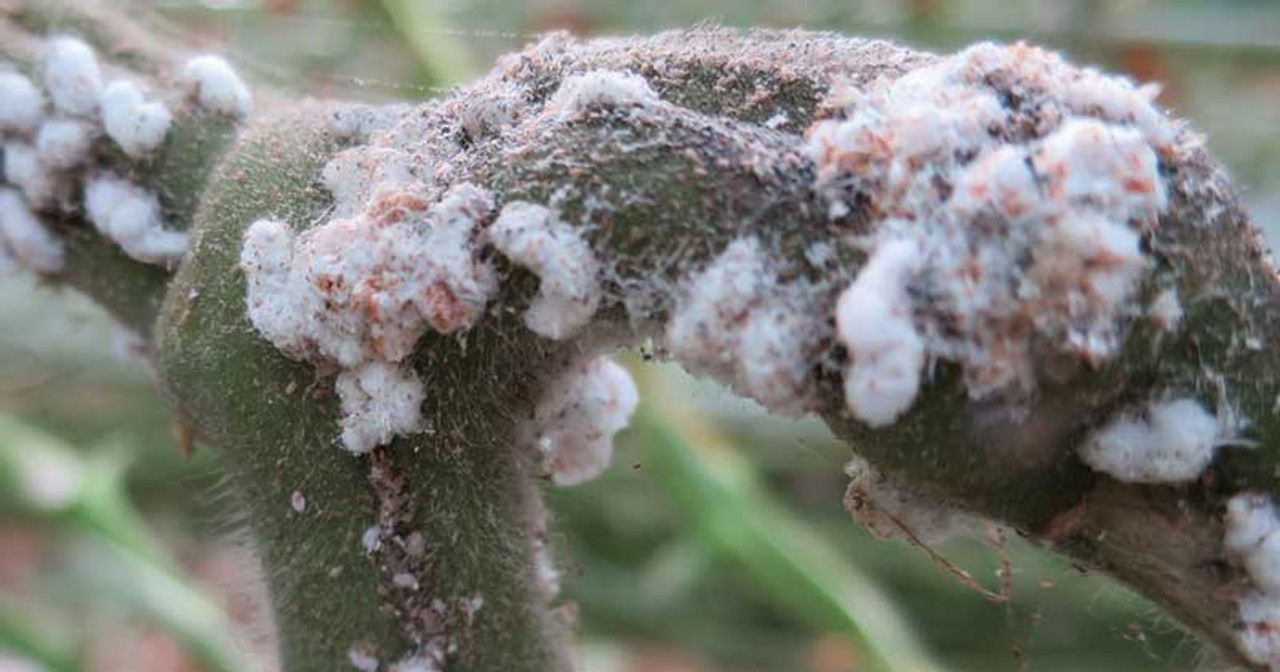 Mealybugs (family Pseudococcidae), soft scales (family Coccidae) and armoured scales (family Diaspididae) form three important families within the superfamily Coccoidea. This superfamily belongs to the order Hemiptera (the true bugs). The Coccoidea, along with aphids and whiteflies, belong to the division Sternorrhynchae (commonly referred to as plant lice). [Read More]

Mealybugs (family Pseudococcidae), soft scales (family Coccidae) and armoured scales (family Diaspididae) form three important families within the superfamily Coccoidea. This superfamily belongs to the order Hemiptera (the true bugs). The Coccoidea, along with aphids and whiteflies, belong to the division Sternorrhynchae (commonly referred to as plant lice).

Although most species of mealybug feed on the aerial parts of the plant, some species extract their nourishment from roots, whilst others are gall-formers. A few species can also transmit harmful viruses.

Mealybugs inflict damage on the crop in various ways:

Nymphs and females extract the sap from the plant, stunting growth and causing deformation and / or yellowing of leaves, sometimes followed by defoliation. The overall effect is a reduction of photosynthesis and therefore the yield. Flowers and fruit often drop off.

Plant sap is rich in sugars, but low in proteins. In order to gain an adequate intake of protein, mealybugs must therefore ingest large quantities of sap, getting rid of the excess sugars in the form of honeydew. Characteristically, dark sooty moulds (Cladosporium spp.) are often found growing on this honeydew. Additionally, the white, waxy secretion of the mealybugs, reduces the ornamental value of the affected plants. Fruit and flowers are also fouled, rendering them unfit for sale, and the reduced level of photosynthesis in the leaves also reduces flower and fruit production.

In ornamental crops, the mere presence of mealybugs is sufficient to render the product unfit for sale. A very small population can thus cause considerable economic damage.

Questions About Mealybugs and Scale?