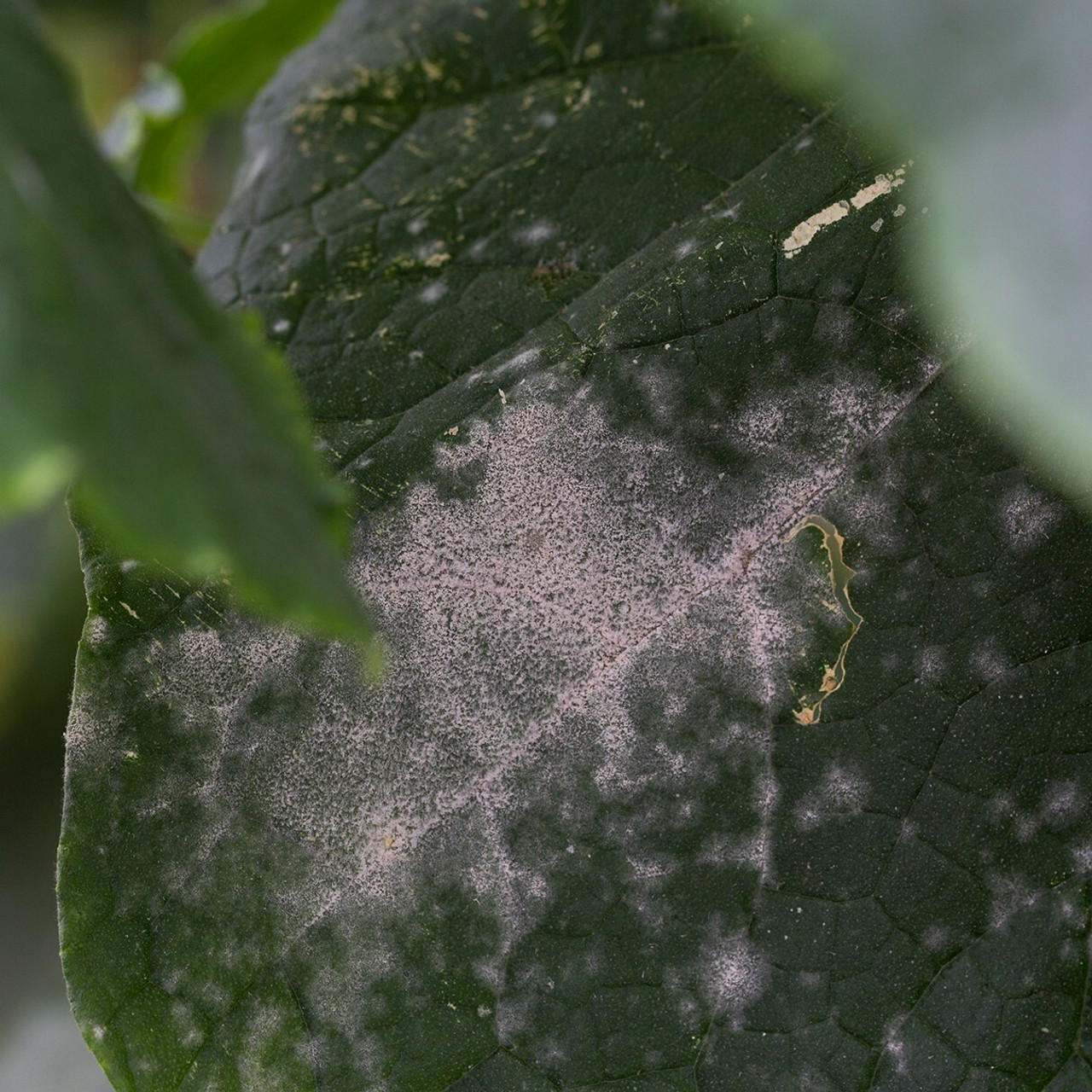 Powdery mildew is a fungal disease that is caused by many different species of fungi such asErysiphe, Podosphaera, Oïdium, Leveillula. [Read More]

Powdery mildew is a fungal disease that is caused by many different species of fungi such asErysiphe, Podosphaera, Oïdium, Leveillula.

Powdery mildew symptoms are similar in all plant-pathogen combinations:white fluffy colonies, on the upper side of the leaf. In severesituationsin cereals, the ears may also have infections.

On other crops, like pepper, the colonies occur mostly on the underside of the leaf, as thefungus infects the plant by entering through the stomata. Yellow spots can be spotted on the upper side of the leaves.

In apple, pear, outdoor grown rose and other Rosaceae, the fungus causing powderymildew “hides” on the underside of the leaves dueto its high sensibility to water and develops the colonies in this part of the plant.

Eventually, the white fluffy colonies will acquire a greyish or brownish color and the affected leaves may suffer discoloration, turning yellow and curling up. Also, this crop disease can cause defoliation.

All the fungi that cause powdery mildew (Erysiphe, Podosphaera, Oïdium, Leveillula)feed on living plant cells and barely survive in the absence of a living crop.

Fungal spores germinate on the leaf surface and the germ tubes grow and branch out on the leaf surface. Small structures are produced, the haustoria, from which the fungus penetrates the plant cell and takes up nutrients from the epidermal layer of plant cells. Most of the fungus remains on the outside of the plant surface. On the mycelium on the plant surface, new conidiophores are formed, structures which contain new spores, the conidia. These conidiophores are the fluffy fungal growth so typical of powdery mildew.

Conidia are the main means of dispersal. They are dispersed by wind, as are the ascospores. In general, powdery mildew fungi are not very resistant to water so rain often limits the epidemics and spore dispersal by rain is negligible, since spores explode when in contact with water for no more than a few hours.

Powdery mildew spores, either ascospores or conidia, don’t need nutrients or water for germination and the development rate of the epidemic is fastest at 18-25 °C. High relative humidity (RH) promotes germination of spores but inhibits spore production, so the net effect of the RH is very small. Wind and draught in greenhouses promote disease. In greenhouses, dispersal of spores over small distances (limited time) mostly happens via workers’ clothing.