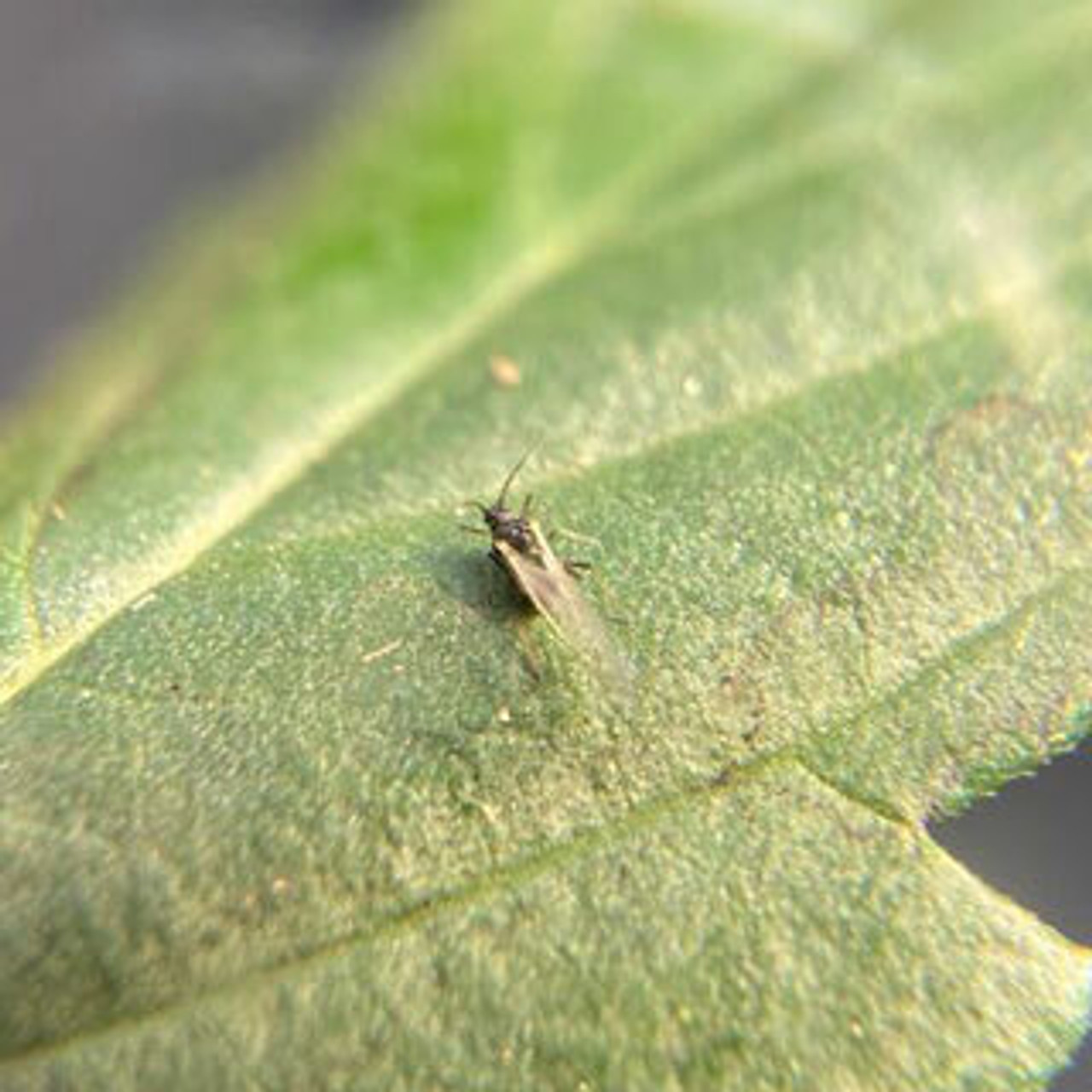 Like other aphids, the rice root aphid feeds on a plant’s vascular system. And while it primarily feeds on roots, this aphid will also climb up the stem to feed on that, as well. The tough periderm of mature cannabis plants probably prevents feeding during later stages of production, however.

The reproductive cycle of the rice root aphid is important for growers to understand. There are two populations of these aphids in the world: those that reproduce solely through parthenogenesis (females that reproduce asexually by ‘cloning’ themselves), and those that are able to fully complete their life cycle sexually and produce eggs. In order to fully complete their life cycle via sexual means, the rice root aphid must have its primary host plant, in this case plants in the genus Prunus. Instances of sexual reproduction have been documented in Asia, and now northern Italy.

With eggs as their sole means of overwintering, rice root aphids must find their primary host plant. Without this host, the aphids cannot survive cold winter temperatures.

This primary host is critical for the aphids’ ability to overwinter: sexual reproduction means the creation of eggs, and the eggs are their only way of surviving freezing temperatures. If they cannot overwinter as eggs, the rice root aphid can survive harsh winters by overwintering in greenhouses or a grow room.

What to look for:

As state above (and elsewhere), aphid reproduction can be complex. Aphids are capable of reproducing two ways: sexually and asexually. In the case of the rice root aphid, most (if not all) cannabis growers are dealing with aphids that are reproducing asexually via parthenogenesis. This means all of the aphids are female. They survive the winter in temperate regions living in protected areas such greenhouses and grow rooms, spreading from plant to plant.

When reproducing asexually, the rice root aphid life history is comprised of four nymphal stages, and the wingless adult stage (known as the aptera). A winged form may also be present. These are known as alate, and serve to spread the colony if it is threatened, or a new host must be found. These winged adults can also give birth to live young, which they sometimes do when stuck to cannabis flowers.

I see root aphids, now what?

The rice root aphid is small in size, and is normally a mottled green color, making detection difficult on the soil surface. They can also be found on plant stems, crawling on the rim of containers, near container drain holes, and on tables, trays and floors. They are especially visible on white plastic tables. Root aphids develop wings when their population density necessitates a new host environment, which is usually when growers first detect them. At this point, the use of biocontrols may not be the best option, as reproduction rates of root aphids far outpace the rates of other beneficial insects. That being said, there are predators that can provide some relief, if drenching and/or dunking treatments are not an option.

I don't see any root aphids, but I'd like to act preventatively...

Because root aphids are notoriously difficult to deal with once populations establish in your garden, acting preventatively is crucial. Regular releases of Atheta (Rove) beetles, in combination with Stratiolaelaps scimitus (soil mites). Alternatively, there has been some success using the predatory nematode, Heterohabditis bacteriophora, as a preventative treatment.

Are aphids harmful to plants?

Aphids of all species feed directly on plant sap that would otherwise be used to fuel growth and production. Additionally, the excess sap that is not digested by the Aphid is excreted onto the plant tissue which can host fungal pathogens such as Sooty Mold and attract ants which will "farm" and protect the Aphid populations from natural enemies. Most Aphid species will transmit viruses throughout a crop which can drastically affect yields.

What causes aphids on plants?

Aphids are a cosmopolitan family of plant pests which occur in every temperate region in the world. Individual species can survive on several plant host species throughout the year which allows them to infest agricultural and horticultural crops nearly year-round. Their flying form (known as alate or winged Aphids) is capable of travelling great distances with the help of winds. Serious Aphid infestations are likely when the crop is over-fertilized with Nitrogen or otherwise weak or stressed.

Can plants recover from aphids?

Low levels of Aphids will likely not have much effect on plant health and, if treated quickly and properly, should not affect the life of the plant. Serious infestations of Aphid will stunt plant growth, sometimes permanently, as well as cause secondary infections of viruses or pathogens like Sooty Mold.

How long do aphid eggs last?

Aphids rarely lay eggs and instead give birth to living young or nymphs. This is why Aphid populations can spread so quickly: their young emerge and begin feeding on the plant almost immediately. These hotspots of Aphid can quickly expand to cover entire leaves or stems since their reproduction takes place in the immediate vicinity of the feeding adult.

What time of year do Aphids come out?

Aphids are possible at any time of year in a greenhouse or indoor facility. Outdoor temperatures in the winter usually keep Aphid populations at bay until the spring or summer. Depending on Aphid species, many host plants are available to allow overwintering in outdoor environments, a form of hibernation which allows the pest to quickly repopulate the area once conditions are viable.